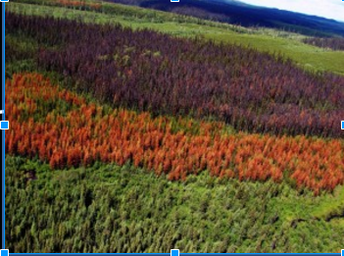 Benefits of the Pine Beetle

Benefits of the Budworm

What Are The Hazards of the Thistle?
The hazards of the thistle are that they grow in big groups. The reason that is so bad is because the thistle is considered an invader plant.  It grows in disturbed soil and crowds out native plants that wildlife depends on for food.


​
Tamarisk
This is Tamarisk. Tamarisk (also known as salt cedar) is a quick growing shrub or small tree from Eurasia. Tamarisk can grow as high as 25 feet tall. The bark on saplings and young branches is purplish or reddish-brown. Leaves are scale-like, alternate, with salt-secreting glands. Flowers are small and the petals are reddish, pinkish, or white.  Each plant can produce as many as 500,000 seeds annually. The seeds are broken up by wind, water, and animals.  Seeds are small with a hair attached to one end allowing them to float long distances by wind and water.

What Are The Hazards of Tamarisk?
Tamarisk is harming streams and river habitat.   It is also displacing native vegetation such as cottonwoods, willows, and near dryland plant communities. Tamarisk is providing a bad habitat for livestock, wild animals, and birds. The growth and flowers of tamarisk provide little food value for native wildlife species that depend on nutrient-rich native plant resources. Tamarisk is increasing wildfire hazards. Lastly, it is limiting human and animal use of the waterways.

What are the Benefits of Tamarisk?
Tamarisk is a cure for many sicknesses and diseases. That includes Digestive Disorder, Heart Disease, Lung Diseases, Measles, and Skin Rashes.  It is also nutrient to both humans and some plants.  People say it tastes sweet as well as bitter.  It is also a nutrient to leaves, flowers, twigs, and stems of plants. 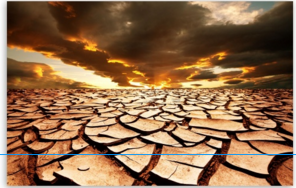 What are the Hazards of a Drought

What are the Benefits of a Drought
There are really no benefits of a drought but I can think of one thing.