By, Madeleine, Marilyn, and Devi

Elevation: 5,500 to 9,000 feetSince the Montane, oak shrubland ecosystem elevation is high it results in cooler weather, snow, and rain! 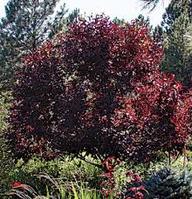 syrup from berries and made preparation of the inner for sore throat
headaches and diarrhea. 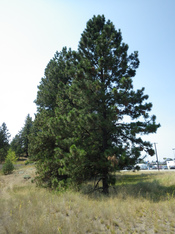 Six common birds in the Montane, oak-shrubland ecosystem consist of the Northern Goshawk, the Cooper’s hawk, the Great horned owl, the Raven, the Gray jay, and the Wild Turkey.

The Northern Goshawk lives in North America and Eurasia in forests, dense woods, and mature forests. It eats large birds, rabbits, squirrels, and hares. It must adapt to maneuvering through the thick vegetation of the woods, crashing through it willingly. It also builds huge, bowl-shaped nests out of sticks, bark, and greenery, inside of large trees.

The Cooper’s Hawk lives in leafy greenery, woodlands, forests. It eats chipmunks, squirrels, hares, mice, many birds (though not usually small birds), and bats. It must adapt to flying through dense tree canopies, therefore being very skillful flyers. It builds its nests on big tree branches mostly out of sticks, but it’s lined with bark flakes and green twigs. It usually takes about two weeks to build a nest.​

The Great Horned Owl lives in almost all of North America’s open spaces. In deserts, cities, wetlands, backyards, grasslands, forests, and between the tropics and the Arctic and almost anywhere with semi-open spaces. They mainly eat mammals and birds. They usually hunt nocturnally, though they sometimes hunt in bright daylight. They adapt to facing threats by hissing and screaming. They also build their nests in trees, though they usually settle into nests that were built by other species or they nest in tree cavities.

Ravens live in the Northern Hemisphere in grasslands, beaches, deserts, islands, mountains, fields, forests, tundra, and ice floes. They are very good around humans too.  Ravens will eat almost anything they can get.  They eat dead flesh of animals, small animals, baby tortoises, some insects, Rock Pigeons, Great Blue Herons, fish, berries, dog and wolf feces, grains, buds, garbage, picnic tables, and pet food.  Female Ravens build their nests out of wire and bones. They build their nests on cliffs, telephone poles, towers, bridges, and trees.

Gray Jays live in the subalpine forests of North America. They eat berries, birds, fungi, insects, and small mammals. They also rob nests, eat dead animals and eat human scraps. They stay with their mate for their entire life and adapt to building nests in trees. They make their nests out of sticks, twigs, bark, and lichens, then they line it with feathers and fur.

Wild Turkeys live in all forty nine states except Alaska. They live in areas of Mexico, and parts of Canada. They live in mature and humid forests. They eat mostly plants, nuts, and some fruits. The Wild Turkeys make their nests in the ground. The females dig a large hole into the soil, and then line it with dead shrubbery. Wild Turkeys sleep in tree limbs for the night and like to roost within their flocks.