Human Impacts and Other Facts

Location: The Pinyon/Juniper ecosystem is mostly located at low elevations on dry mountains and foothills on the Colorado Plateau on the Western Slope.The system is usually found on warm, dry places on the mountain. The elevation ranges between 6,000 and 7,000 and 8,000 feet above sea level. The pinyon and juniper woodlands live in the lower parts of foothills on the western and southern central part of Colorado. 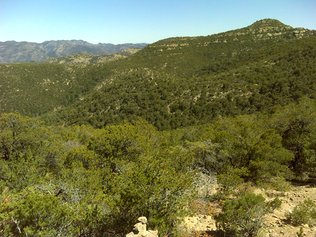 Pinyon pine forest are the most common wood in the Southwest.  It provides many of natural resources and economic benefits to the region.  Also Southwestern Indians depended on nut harvests for centuries!  Also they used the wood for fire and constructing their homes. They used Pinyon pitch a lot.  Pinyon pitch was used for glue, waterproofing, cooking and as medicine.
Early settlers used the pinyon and juniper wood for housing, furniture, and firewood. They also harvested pinyon nuts. Cattle grazed in the pinyon and juniper woodlands well before the beginning of the 21st century, but luckily have prevented overgrazing.  Many woodlands have been overgrazed more than half a century ago and have not recovered.
In 1859 many miners came into Colorado for the Gold Rush. People rushed into the forests chopping down pinyon for fuel, mining timbers, and lumber.  Also logging and mining roads were built. People who settled in the mountains cut down all the trees in the area so they could make room for their homes and crops.
​

What We Can Do To Help

One thing we can do to prevent forest fires is to not have fires while you’re camping. You can get lanterns and put them all around your campsite.  Also we can get farmers to move their cattle to fields instead of the woodlands. To preserve the wood and pitch we could start planting more of the trees all around the area where there are no trees.

Elevation-5,000-8,000 feet above sea level- especially south facing slopes
Plants- Sage, Gambel Oak, Serviceberry, Pinyon Pine, Juniper.
Water-Dry like a desert from June, November snow from  spring water in May.
Summer-7 months without snow; food is in the form of seeds, nuts and insects; temperatures are hot water holes are dry except for year long creeks.
Winter- 3 months long but only food is in the form of dried shrubs, sage, roots left over seeds and nuts; temperatures are freezing at night, but because of shallow snow animals can still find food.

The chipmunk lives in open deciduous forests you can also find it where there are lots of bushes and rocky spots one other place that you can find is by your house or next to a building
Ground squirrels live in burrows in the ground about 4 inches in the ground. They are found on natural rangeland, pastures, grain fields, slope with scattered trees, and rocky ridges.
Mice can live anywhere in almost any country and can live in barns, to living in the city and grasslands anywhere!
Pocket gophers live in loose, sandy soil, with a edible plant cover. This is the best habitat for the pocket gopher to live in.
Finally the cottontail bunny lives in grassy areas, clearings, and old fields.

Habitat of the pinyon juniper carnivores 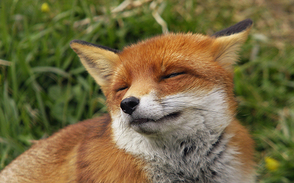 You can find bobcats across North America from southern parts of Canada right down to southern Mexico.
You can find Badgers who like grasslands  which may include parks, farms, and areas without trees that have friable soil and some rodent prey.
​Coyotes can live in many different places some even can adapt to living in or near large cities
Foxes can make little burrows underground and their thick coats help them to keep warm ​

The chipmunk have large ears that help them hear predators.  they also have pouches in their mouth to store more food. They have a white yellowish belly that help them blend in and they have a grey and brown back.
The ground squirrel is grey with brown tints but some of them can be golden with reddish highlights. These colors allow the animals to blend in and hide from predators.
Mice can be brown which is a neutral color that help them to blend into the dirt and if they live in a barn they have a whitish yellowish belly that can blend in with the hay.
The pocket gopher has little pockets or pouches that they use to bring food from one point to another while digging under ground. They have front paws with claws that are used for digging. 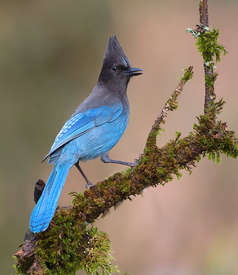 Its habitat is a globe-like nest made of sticks
It eats insects, seeds, dead animals, baby birds, and eggs.
Bird family is the crows, ravens, rooks, jackdaws, jays, magpies, treepies, choughs, and nutcrackers.
It adapts by using its size to scare smaller animals. ​ 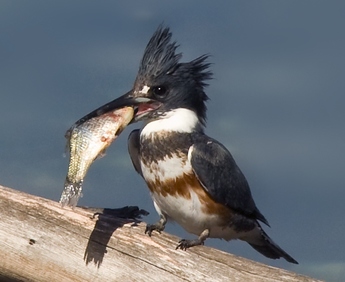 The Kingfishers habitat is a big hole that is inear water. It mostly eats fish (6 inches) also crayfish, lizards
frogs, insects, and small birds   Scientific name is megaceryle alcyon
It has no family
No rocky mountain relatives
It adapts by trying to find warmer holes to make their home. 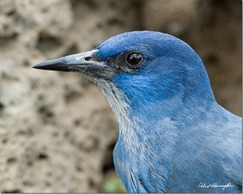 The Gray Jay's habitat is like a cut kind of shape that is made in evergreen tree lined with feathers animal hair and lichen for softness and warmth. The Gray Jay eats insects, spiders, berries, seeds, bird eggs,  dead animals, and handouts.  Scientific name is Perisoreus canadensis
Bird family is Raven, Magpie and jay
Rocky mountain relatives Raven, crow, clark's nutcracker, Steller's jay, scrub jay, Pinyon jay.
Adapts by using the evergreen trees spikes to fight of other animals and its size to scare smaller birds.
​ 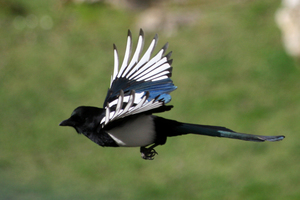 Its habitat is a globe like nest made of sticks.  It eats insects, seeds, dead animals, baby birds, and eggs.
Bird family is the crows, ravens, rooks, jackdaws, jays, magpies, treepies, choughs, and nutcrackers.
It adapts by using its size to scare smaller animals.  ​ 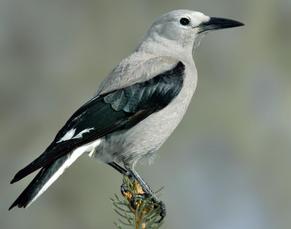 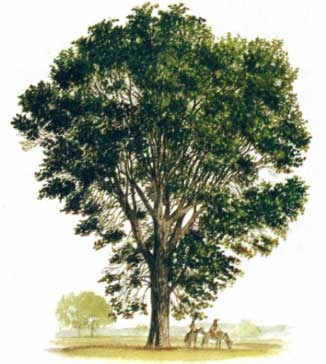 The Cotton wood is grown widely across eastern America
and has adapted to the environment by letting the seeds float in the air
on light fluffy cotton. ​ 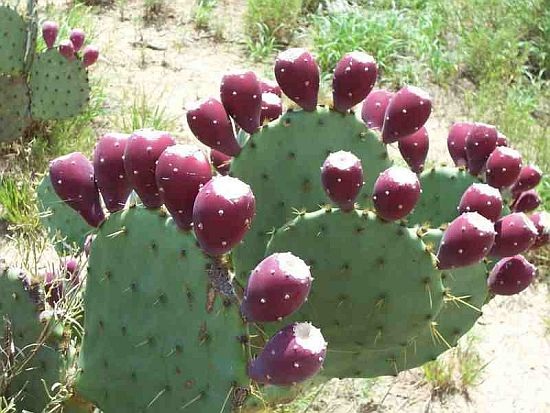 Prickly pears protect the fruit because they grow on cactuses with sharp thorns that keep hungry animals away.
The prickly pear is mainly found in Mexico but also in this zone in Colorado.